The 12th Day of Christmas is Epiphany Eve and is the Feast of St. John Neumann.  It is celebrated on January 5th. 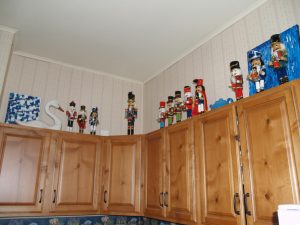 The Twelfth Day of Christmas is depicted at McMullen House with 12 drummers drumming.  The drummers represent the twelve points of the doctrine in the Apostle’s Creed.  The drummer display in the kitchen stays up year round.

St. John Neumann was originally from Bohemia and immigrated to the United States in 1836.  He is currently the only Bishop and only male U.S. Citizen to be canonized, as opposed to St. Elizabeth Ann Seton, who is female.  St. John Neumann founded the Catholic school system in America and has many schools named after him.1

More information about St. John Neumann can be found at: