“The Valley that Changed the World”

The location of Titusville, Pennsylvania was first settled in 1796 by Jonathan Titus. Gradually the valley grew as more people settled in the Oil Creek valley. Timbering was the first industry, the success of which led to Titusville becoming incorporated as a borough in 1849.

The presence of oil seeps in the valley led to an effort to commercially extract the oil. On August 27, 1859, Col. Edwin Drake, hired by the Seneca Oil Company, successfully drilled for the oil just south of Titusville. Oil extraction was a major industry for Titusville until about the 1890’s when the steel industry took over. Steel remained dominant until about the 1980’s.

Titusville, being known as the birthplace of the oil industry, has gained the reputation as the “Valley that Changed the World”. Because of the successful drilling of oil, many previously unknown industries took root such as the modern transportation system and plastics.

Information on Titusville, Pennsylvania can be found at the following websites:

Drake Well Museum and Park:  This museum is located at the original well, where Col. Edwin Drake drilled the first oil well in 1859.  It is part of the Pennsylvania Trails of History.

Ida Tarbell House: The Ida Tarbell is the childhood home of Ida Tarbell who most notably wrote the “History of Standard Oil” and a number of other works including a biography of Abraham Lincoln.

Oil Creek and Titusville Railroad:  Take a trip in a period train car through the “Valley that changed the world.”  This seasonal attraction takes you through the Oil Creek valley past the Drake Well and to Petroleum Center.

The historic houses of Titusville:  Titusville contains many examples of Oil Boom Victorian architecture, which can be seen in the neighboorhood of the McMullen House.  Be sure to take advantage of the lantern tour given by the owners in order to learn more about them.

The Caldwell House was owned by James H. Caldwell and dates to 1870.  It is an example of an Italianate villa topped with a mansard roof more typical of the Second Empire style.

The John Fertig House, c. 1872, is an example of Italianate Villa architecture that is noted for its scrolling and large brackets.

The George Custer House was built by George Custer in 1865 and is suggestive of Italianate architecture.  Mr. Custer was a realtor during the Oil Boom period.

John Mather, a noted Oil Region photographer lived at this house in the late 1800s. It is located just down the street from McMullen House.

McKinney Hall, c. 1870, was built by John Bryan and then owned by a number of owners after 1872. An example of Second Empire architecture with Italianate accents, it is now the administration building for UP-Titusville.

The Sterrett House, c. 1871, is located at 226 E Main Street.  An example of the Second Empire style with French accents, this house was built by William Sterrett who manufactured the oil equipment.

Hyde House, c. 1864, was originally built by Isaac Canfield and purchased later by Charles Hyde.  It is an example of Italianate architecture and is now the home of the Titusville YWCA.

Titusville City Hall, c. 1862, was originally built by Nelson Kingsland and is an example of Greek Revival architecture.  The building became City Hall in 1872 after being the Bush House Hotel.

The William T. Scheide House, c. 1884, is an example of Queen Anne architecture with a slate roof.  The famous Scheide book collection started here and then was continued by his son, John.

The Issac Shank House, c. 1906, is located at 118 W Main Street.  An example of the Colonial Revival style, this house was built by Issac Shank who was a merchant and lumberman in Titusville.

Titusville First United Methodist Church of Titusville, PA was built in 1954 when a previous building was lost to fire.  The current church is an example of Gothic architecture. 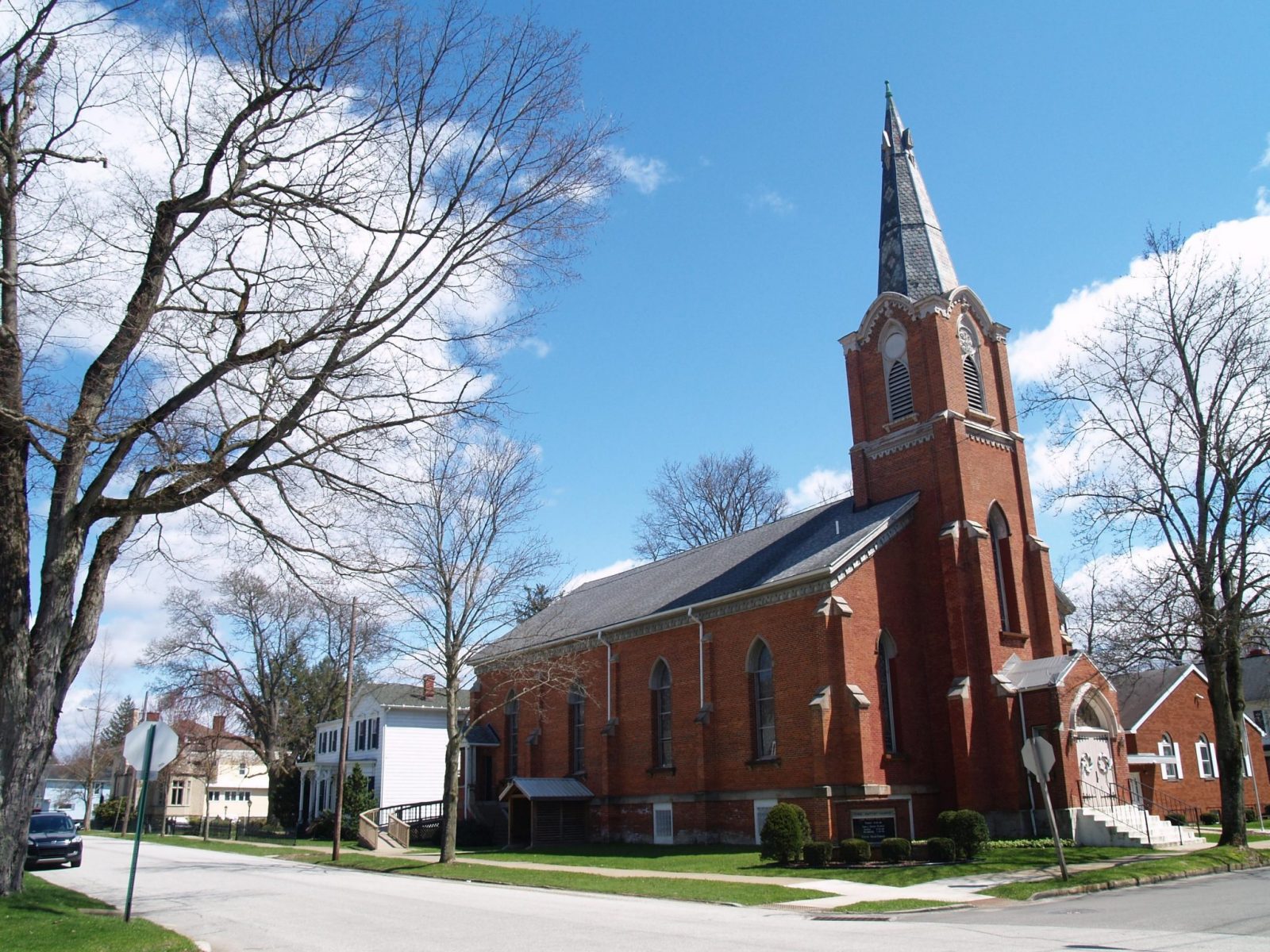 First Baptist Church of Titusville, PA was built between 1865-1868 and is an example of Gothic architecture. 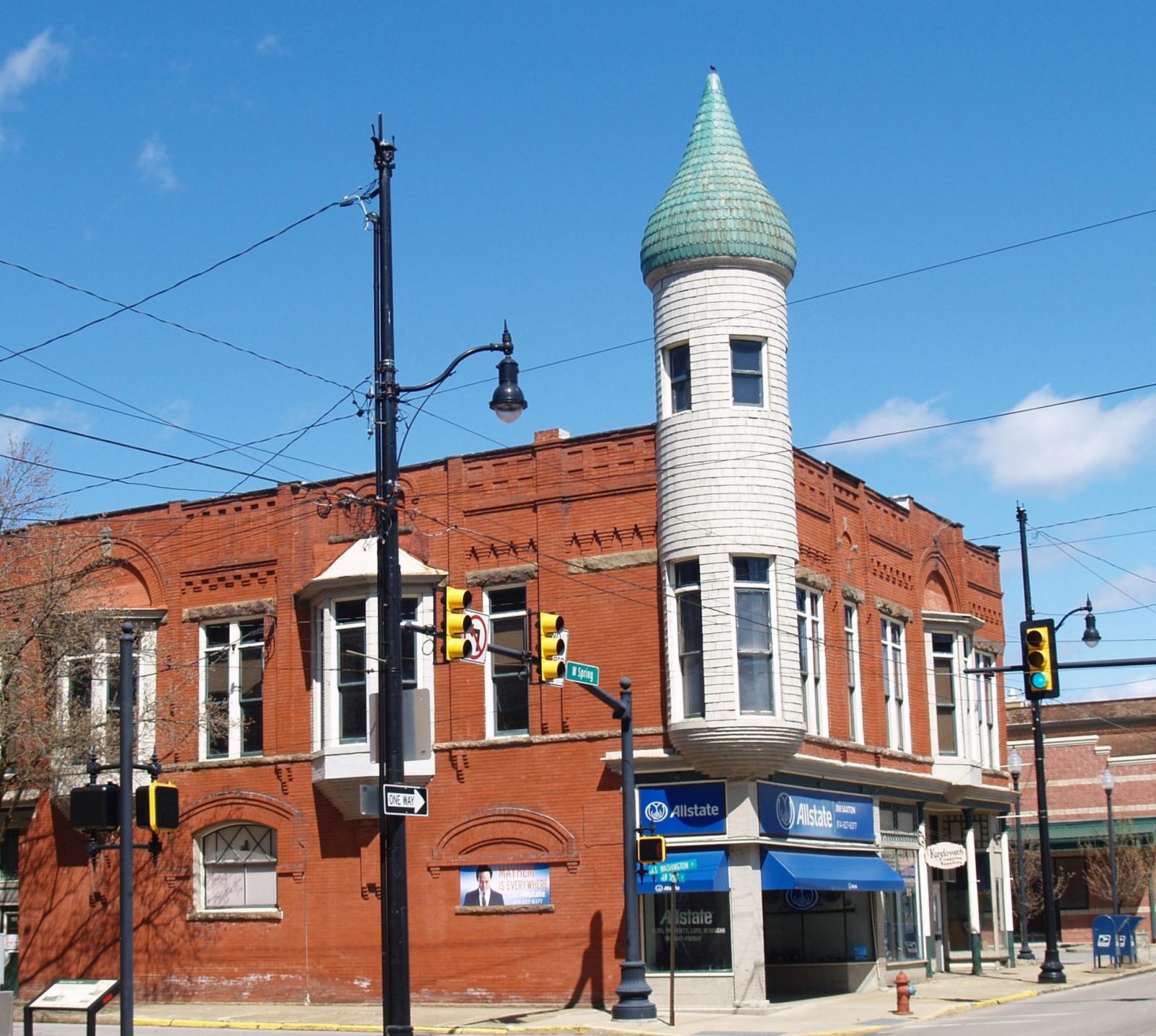 The Algrunix Building located at W Spring and Washington Street was built in 1894.  It is an example of Gothic architecture and has a distinctive turret with an onion top.  The name comes from the owners’ last names.

In order to provide the best experience, all reservations require at least 48 hours notice.
Contact us for a Reservation now.
Get In Touch
Call Now Button